MIKHAIL DYAGILEV, Director General of JSC «Krastsvetmet», «Only the Most Effective and Capable to Change Themselves Will Stay in the Market» 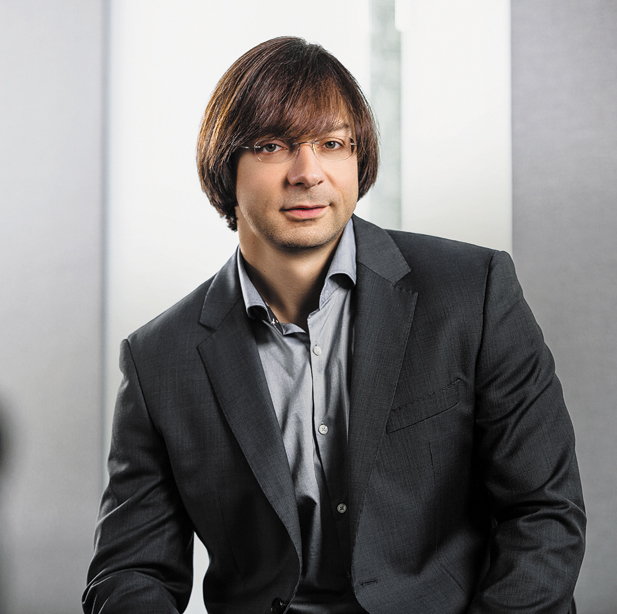 JSC «Krastsvetmet» is one of those rare companies that do not need to be introduced. Being the largest in Russia precious metals refining plant, it also takes the lead among Russian jewellery manufacturers. Nowadays it is impossible to imagine the range of goods in any of the jewellery stores from Kaliningrad to Vladivostok without Krastsvetmet chains; and Krasnoyarsk jewellery pleases the customers with its high quality and the variety of choice.

In 2014 the jewellery manufacture of the plant celebrates its twentieth anniversary.

Mikhail Vladimirovich DYAGILEV, Director General of JSC “Krastsvetmet”, tells the “Navigator for Jewellery Trade” magazine about the success, achieved in jewellery business over the past two decades, about strategically important changes in manufacturing and merchandising, as well as about the company’s future plans.

Mikhail Vladimirovich, what was the early Krastsvetmet jewellery manufacture and what is it like now? What most important, in your view, stages has it passed for these years?

Krastsvetmet jewellery manufacture is a complex with a complete technological cycle. Here the product passes all stages of manufacturing, from jewellery articles designing and alloy casting to diamond faceting and final processing.

The jewellery complex was buit on a turnkey basis by Italian experts in 1994. The first Krastsvetmet products were 441 items of sterling silver (925purity). Those were the most known types of chains, simple “gourmet” and with diamond cut. During the first year we manufactured 74 kilograms of silver jewellery. In 1995 we began gold jewellery manufacturing, in 1966 – items of platinum. In 2001 Krastsvetmet introduced to the market its palladium jewellery. The production of souvenir ingots “Gold Reserves” became the milestone event of 2009. Then there was an unusual collection of silver ingots “Your Stock”, dedicated to the most brilliant representatives of fauna of Krasnoyarsk Territory.

At present Krastsvetmet specializes in sales of machine-woven gold, silver, platinum and palladium chain products. The range of production is various and makes up more than 115 types of full-weight and hollow chains. The assortment is regularly renewed.

In comparison with 1995 the production output increased more than thirtyfold, from 272 kilograms to 8.5 tons (expected in 2013). For 9 months this year the jewellery division has sold 5 tons of gold jewellery and 1.1 tons of silver items. Krastsvetmet’s share in the Russian market of chain production is 35%.

What strategically important for your jewellery business decisions have been made for the last one or two years? What were they stipulated by?

In 2012, with the aim of integrating marketing and production functions, Krastsvetmet moved on to a divisional structure of management. On the basis of the jewellery manufacture and wholesale-retail centre there was formed a jewellery division, which was allocated with its own operating budget and was set a task of effectiveness increase.

To improve the efficiency of the division, it was decided to focus the production on chain-weaving refusing from micro-casting and presswork, and also to reconsider the sales policy. The thing is that the jewellery complex was initially created as a chain-weaving manufacture. As time went on, other technologies were purchased for line extension. However, we couldn’t come to significant sales volumes in those segments, and that negatively affected the economy of the unit.

The decision to reconsider the marketing policy of the division was based on market requirements. We reduced the number of wholesale customers and dealers, changed conditions of work with them. Today sales of products are realized by 11 dealers and some large retail chains, though earlier the number of contractors reached 500. At the same time our products are still offered in retail sales from Kaliningrad to Vladivostok. The changes in the sales policy allowed Krastsvetmet to optimize the circulating capital by reducing the volumes of unfinished production and unrealized final products, using factoring in payments.

Many of the largest jewellery manufactures actively develop their retail chains. What are your plans in this direction?

A few years ago we seriously considered the question of formation of our own retail chain. Krastsvetmet, being an industrial company, manufactures high-level technology chains, and creates added value in this process. Retail trading is another business with its own logic and a set of necessary competences. So we decided to focus on production, leaving retail sales for professionals.

Your company’s manufacturing capabilities in chain-weaving are unique and highly appreciated by other market participants. What is the priority way of the development of the jewellery manufacture of your company: the production of chains under your own brand or expanded interaction with other companies?

Krastsvetmet’s chains are widely known in the market thanks to their quality. This attracts not only our buyers in jewellery stores, but also branch market participants, who are developing their own brands and need contract manufacturing. Today we have such three partners.

The work in both directions allows us to increase the total volume of production and improve efficiency.

What is your assessment of the state of the Russian jewellery market and its development prospects for the next few years?

The worldwide trend nowadays is in reducing the production volume and jewellery consumption in developed countries. A typical example is Italy, an industry leader in the past. For 10 years the volume of production in this country has decreased 5 times from 100 to 20 tons per year. The Russian market continues recovering after the failure of 2009, and, according to some estimates, has already surpassed the pre-crisis level. At the same time it remains substantially protected from import, despite poor customs administration.

Jewellery is not a necessity and is less regarded as means of hoarding. In Russia, with creation of conditions for free circulation of gold minted bars among individuals, gold jewellery will completely exhaust its investment attractiveness. The fight of jewellery manufacturers and sellers for customers will grow; only the most effective and capable to change themselves will stay in the market.

For 9 months of 2013 Krastsvetmet has produced 89 tons of gold, 611 tons of silver and 90 tons of platinum group metals. The company’s share in the Russian gold refining market is 53%, silver – 57%, platinum group metals – 94%. The profitability of refining is going down at the majority of the leading companies of the world. We expect that the market of refining services in Russia will follow this trend. It is due to increased competition between processors as well as the reduction of the content of precious metals in the supplied for processing raw materials. Further work with positive marginality requires providing the customer with a complex of services in processing of raw materials and production of hi-tech products of precious metals, providing financial services, participation in the turnover of raw materials and products.

Which of the directions, refining or jewellery, can be called a priority today, and why?

The refining division is a basis of Krastsvetmet’s business. The share of the refining division in the revenue of the company is 74%, of the jewellery division – 17%, the division of technical products – 8%; other activities do not exceed 1%. None of the three major Krastsvetmet’s divisions has preferences in relation to the others: each has its own responsibilities for achieving results and has the right to be developed in the presence of economically sound projects.

What main goals and objectives do you set as the head of the company?

The board of directors of Krastsvetmet approved the Strategy of Development of the Company till 2025. My task is to implement the measures of the Strategy and achieve the approved indicators. The aim of the Strategy is to raise the level of competitiveness and efficiency, and to reduce the Company’s risks in the medium-term and long-term periods. Krastsvetmet’s business will be still focused on precious metals and concentrated in three main divisions: refining, jewellery and technical products.

The implementation of the measures of the Strategy will make it possible to increase Krastsvetmet’s revenue by 2025 up to 51 billion rubles, net profit to 3.1 billion rubles. The strategy includes a number of investment measures to the sum of more than13 billion rubles. All the divisions will develop, at that the main investments will be directed to the refining division. Fundamental modernization, perhaps the largest in the history of the plant, will take place. This year we have started the construction of a laboratory research building with a science and technology centre and an analytical laboratory. The development of the technical assignment for the construction of the refining building is in its final stage. Some of the existing shops will be located there. The processing complex of the enterprise will be reconstructed, and the programme for transition to waste-free production will be realized. All this will significantly improve the economics of the enterprise and expand the range of products and services.

To read the article in PDF