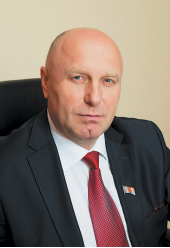 ALEXANDER BASANSKY, CJSC "Arbat" Concern Chairman of Board of directors «I stake on Personalities»

«Arbat» is not just a stable, dynamically developing enterprise. It is a real Empire, headed by Alexander Basansky. «Arbat» became the first enterprise in the region which started extraction of deposits of buried gold formed in Great Ice Age at a depth of 90-100 m. It was one of the first to use the powerful Japanese diesel shovels.

The Holding consists of 11 mining objects, including two mines, placer enterprises; a jewellery workshop, 15 jewellery stores, and also a restaurant and a shopping center. One thousand employees are involved. How does he manage to run such a large-scale Company? What can be considered the key to success? How are human relations "the head - the subordinate", relations with partners and competitors built? We addressed these questions to Mr. Basansky, Director General of the Holding. 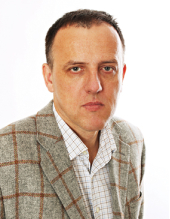 All participants of the market interest what about working under new rules of the transacting of jewelry in connection with the entrance of Russia into the Custom Union. And how conditions of their work will change in this connection. Today Sergey Nikolaevich Dyachenko, the Deputy Head of the Moscow State Gemological Certification Center of the Russian Assay Chamber tells us about the decisions and processes occurring in this direction.

Elena Vashchenko: «It is necessary to live and to work with pleasure. Only in this case it is possible to take success for granted»

Very glamorous, at times the scandalous woman. Demanding, sometimes rigid, but always the fair-minded head. Easy conversation partner, with fine sense of humour. Optimistical and very kind person. The economist by education. The artist by mentality. The fan and the judge of all beautiful in life. It is Elena Vashchenko, the owner of popular jewelry salons in Slavyansk-On-Kuban city.